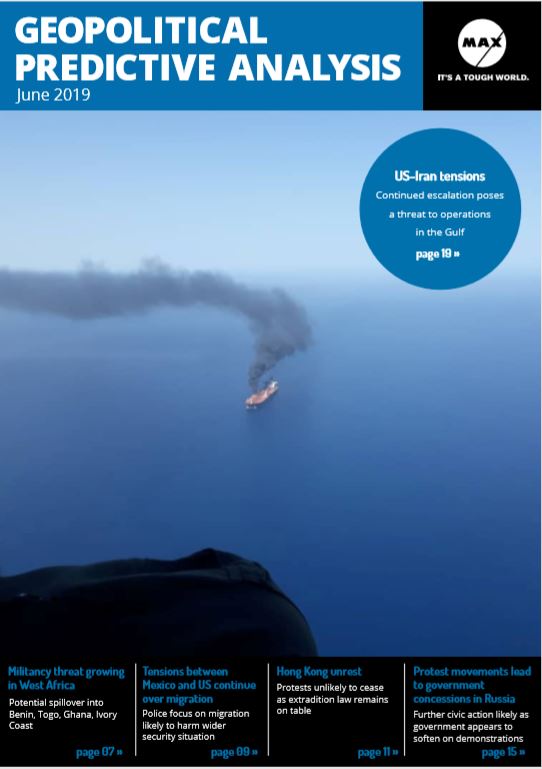 US-Iran tensions. Continued escalation poses a threat to operations in the Gulf.

Tensions between Mexico and US continue over migration. Police focus on migration likely to harm wider security situation.